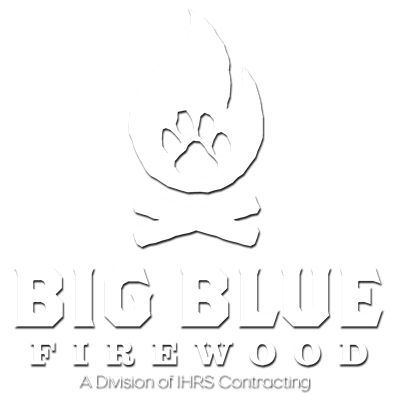 Several years ago I got engaged to my beautiful wife and we moved in together. She was buying the home that she was living in, so I moved in with her. Unfortunately, the home was not well insulated and was very cold and drafty that first winter. So, I did what most people do and went online to Craigslist to find some firewood. I wasn’t happy with what I found, so I told my wife that I was going to buy a pickup truck, and next year I would get her firewood myself. That next summer I found an old beat-up Chevy pickup truck and a farmer in Versailles that was clearing out cherry trees because they were harmful to livestock. I held a couple of loads of firewood for myself until one day a gentleman stopped me at the corner of alumni and Man-o-war and ask me how much I wanted for a load of firewood. Not thinking about selling it, I asked him what he would give for a good load of firewood. He replied that if I followed him to the house now, he would give me $100. So, that’s exactly what I did. A light bulb went off and I thought to myself, if I can just pay for the firewood then I’m burning I’ll be happy. Fast forward several years, and I am running a firewood business that has grown to multiple employees and over 600 ricks a season.

Our Service and Experience Makes the Difference

Get What You Need For Fireplaces and Firepits

Save on Utilities and Stay Warm by the Fire 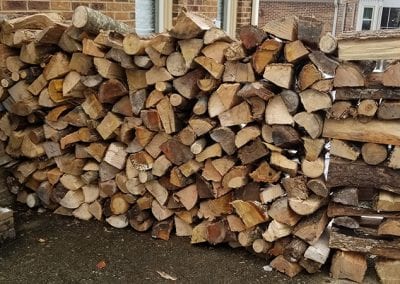 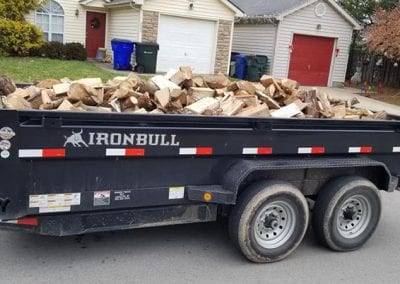 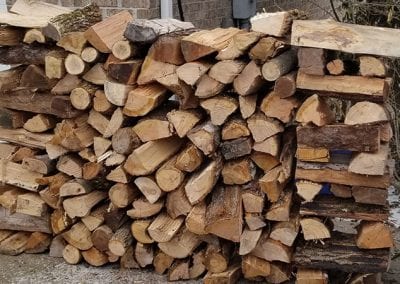 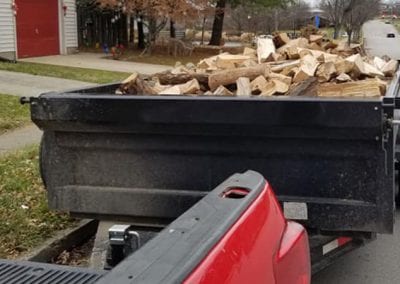 Based In
Richmond, KY